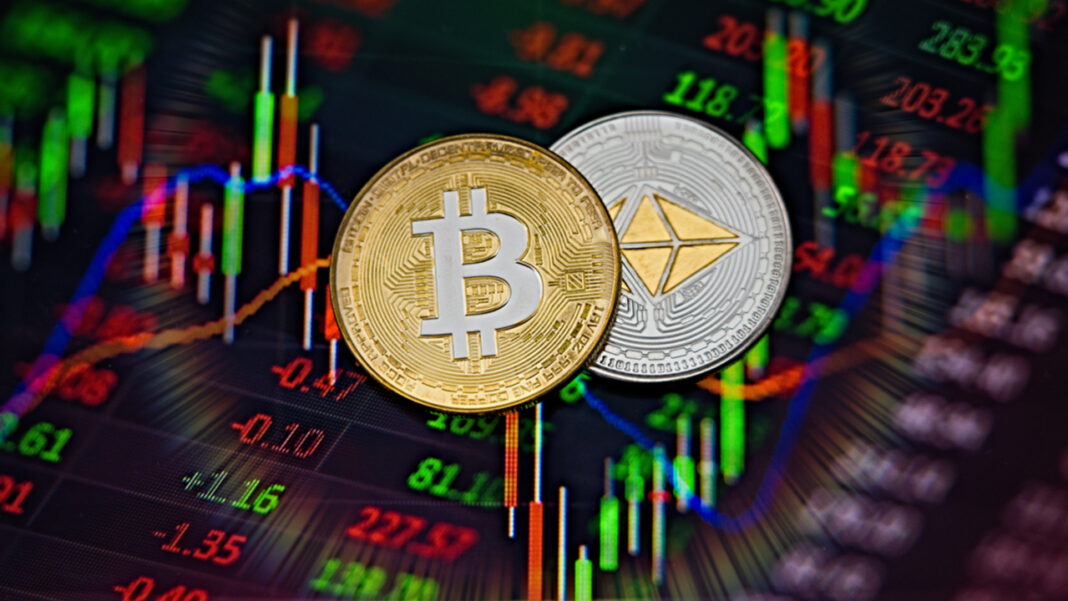 Bitcoin remained close to a ten-day high on Monday, as prices consolidated following gains from the weekend. Although ETH was lower to start the week, it was also able to remain close to Sunday’s peak around the $1,280 level.

BTC was consolidating during today’s trading session, as bulls appear to have secured some profits following recent gains.

In terms of upwards sentiment, this can be seen in today’s action, with prices bouncing back from earlier lows, and as of writing they sit at $21,261.87.

As outlined during the weekend, one of the hurdles that could have prevented BTC from further gains was that of the 36.45 ceiling on the RSI, and this has turned out to be the case.

Looking at the chart, today’s fall comes as price strength was unable to break out of this point, and as of writing the indicator is tracking at 36.

There was a similar story for ethereum in today’s session, as price slipped, whilst also remaining close to recent highs.

ETH/USD dropped to an intraday low slightly below $1,200, at $1,199.41, however as the session progressed, ethereum managed to regain some momentum.

Bulls seemed set on recapturing the $1,300 level during this past weekend, however like BTC, this desire was not realized, due to hurdles from the RSI indicator.

The 39.80 ceiling on the Relative Strength Index was impenetrable this weekend, and as such, bulls decided to liquidate earlier gains.

However, it is likely that traders may make another run at this level in coming days, which would see prices re-enter the $1,300 region.

Will we see any further spikes in price before the month ends? Leave your thoughts in the comments below.