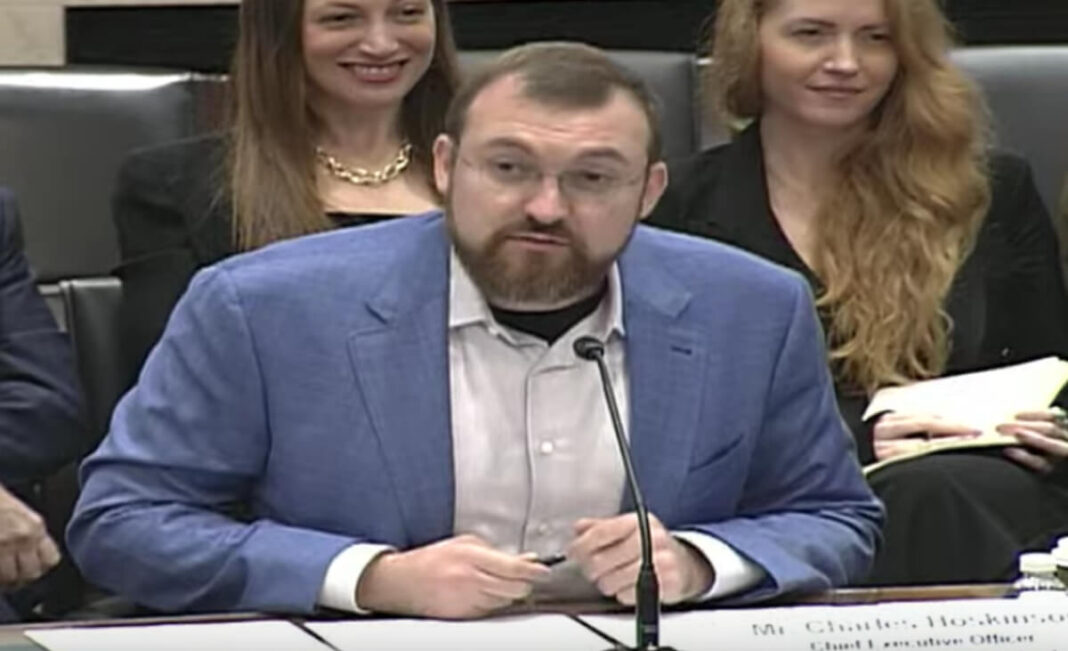 US lawmakers should create a regulatory framework for the crypto industry, but ensuring compliance ought to be delegated to industry players with the use of relevant software, according to Charles Hoskinson, co-founder of the Cardano (ADA) platform and CEO of blockchain consultancy and research firm IOHK.

Hoskinson appeared before the Committee on Agriculture of the House of Representatives, the lower chamber of the US legislative, to testify in a hearing devoted to the future of digital assets and regulation. The regulatory framework developed for legacy finance does not match the transformation that blockchain and crypto introduced to the world economy, the entrepreneur argued.

“If we are to discuss how to regulate our industry … then we ought to have the humility to admit that innovation makes specifics difficult,” according to the businessman.

Replying to a question related to the need to tighten the regulations on the crypto industry, Hoskinson called cryptoassets the most transparent financial asset in the world, and said that the sector as a whole was “all about transparency” and best fitted for self-certification.

He further argued that, if one, for example, looks at compliance, it’s not the Securities and Exchange Commission (SEC) or the Commodity Futures Trading Commission (CFTC) “going out there” and doing know-your-customer and anti-money laundering activities. Instead, sad he, “it’s banks that are doing that kind of things. So it’s a public-private partnership.”

“What we can do as technologists is create a certification system, and what can happen is when there are anomalies, special cases which often would be rare, then the CFTC or another regulatory body can look through and say: well, let’s investigate that.”