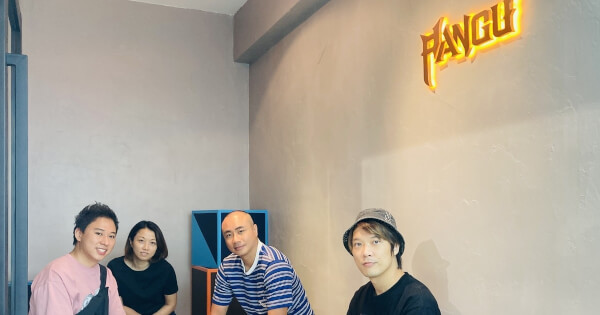 Hong Kong-based start-up PANGU, a metaverse agency appointed by Sandbox, is helping clients to enter into the metaverse by providing asset creation and branding consultation services. The company said it is building various business models, including the play-to-earn (P2E) model for clients to support its growth. 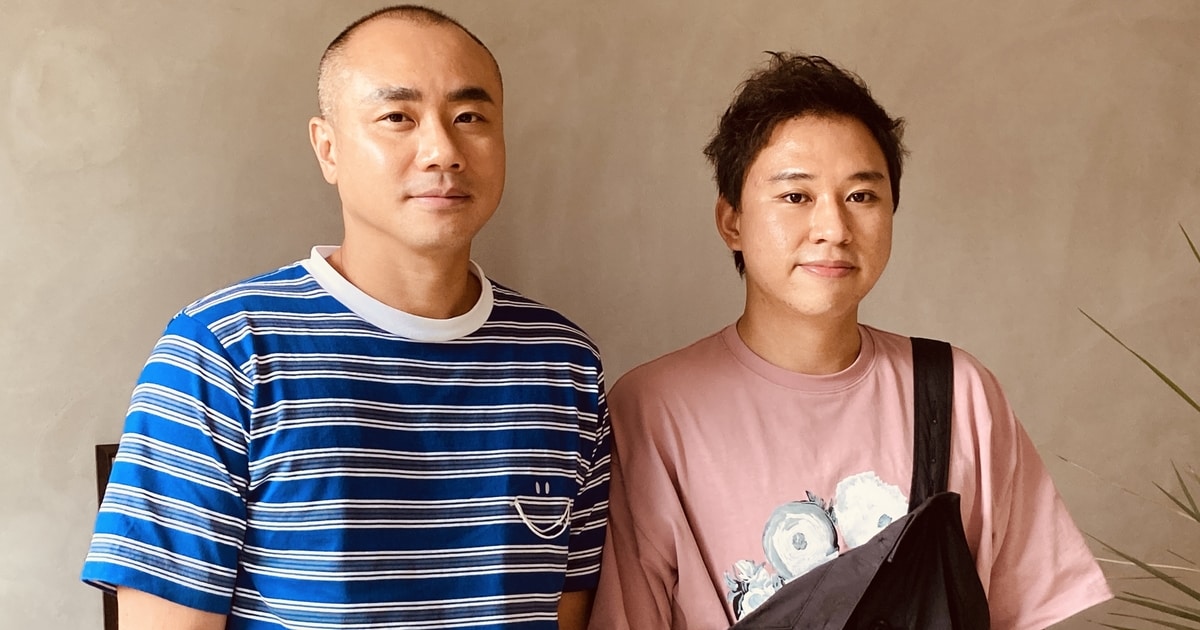 Interior designer in the Metaverse

Stepping into the office located at Kowloon Bay, Eastern Kowloon in Hong Kong, a mini botanical garden has been set up at the base’s main entrance. Agave americana, more commonly known as Century Plant, and other various potted plants are growing under the care of the owner. The vibe of the working environment and its inspirations also come from the green belief.

PANGU, the visual design production company established as its affiliate of the Kenal Group, has hired over 20 staff and still rapidly expanding. Kenny Ng, Founder of PANGU by Kenal, established his team around eight months ago. Ng shared his experience with Blockchain.News, “just like other start-up companies, we are gradually expanding our scale, starting from building up our products with designers, then developing business and marketing teams at the following stage.”

This company has connected with the Sandbox since last November in 2021 and was just appointed as the official TSB Metaverse agency in April, which is rare for HK-based startups in the global market. According to PANGU, the agency raised its capital independently followed by grants from Sandbox’s “game maker fund”, which aims at connecting with the next generation and the tendency of web 3.

These services support its business growth by providing a one-stop solution, including land purchase with development, offering marketing strategy, digital assets creation and branding collaboration for clients from online to offline.

“As an agency of (the Sandbox), we wish we are able to provide complete solid service with own our resources, instead of outsourcing works to other parties, which is not practical. So, that would be our direction in practice.”

“Our partnership (between Sandbox and clients) is more like property developers, and we play our role as the builder and property management unit as a contractor, offering consultations for clients on how to develop their own lands and promote their branding through online and offline activities,” Chung added.

Projects such as Metagreen or clients from Mcdull or other premium bank in Hong Kong are part of their key clients, these corporate firms have entered into the Metaverse through the Sandbox. In the project of Metagreen, PANGU said they are mainly responsible for purchasing land and its development, non-fungible token (NFT) creation, but also partnerships from online to offline, including partnerships with NFT gallery, NGOs and running other community channel management, such as Discord.

The founder told Blockchain.News that “in this early stage of the Metaverse, most clients are still discovering and exploring what they can do after investing in these virtual lands. Some clients prefer to shape a revolutionized image and identity in the virtual space, while some clients prefer to promote their branding traditionally,” adding that “we are working together with clients to find out a potential and possible (virtual) identity by helping them to build its ecosystem in this space.”

The Chief strategist suggests customized design and creative solutions for various clients would be one of the advantages for the company to remain competitive in the industry, as the company is not just serving local customers but serving globally.

Meanwhile, inspired by environmentally sustainable beliefs, the company also transformed itself into a game developer, trying to bring different scenarios to this virtual space.

Earlier this month, the game developer virtually launched an NFT drop project, connecting with a gamification-based metaverse space. Featuring ecology conservation and environmental sustainability, the company is introducing a gamification-based platform for players to explore another virtual world– Ecoland.

The Ecoland is a diversified ecosystem, featuring environmental and educational theme interaction for players, according to PANGU. The company said its assets creation is fully designed from scratch by itself. Their voxel characters are unique with high quality. 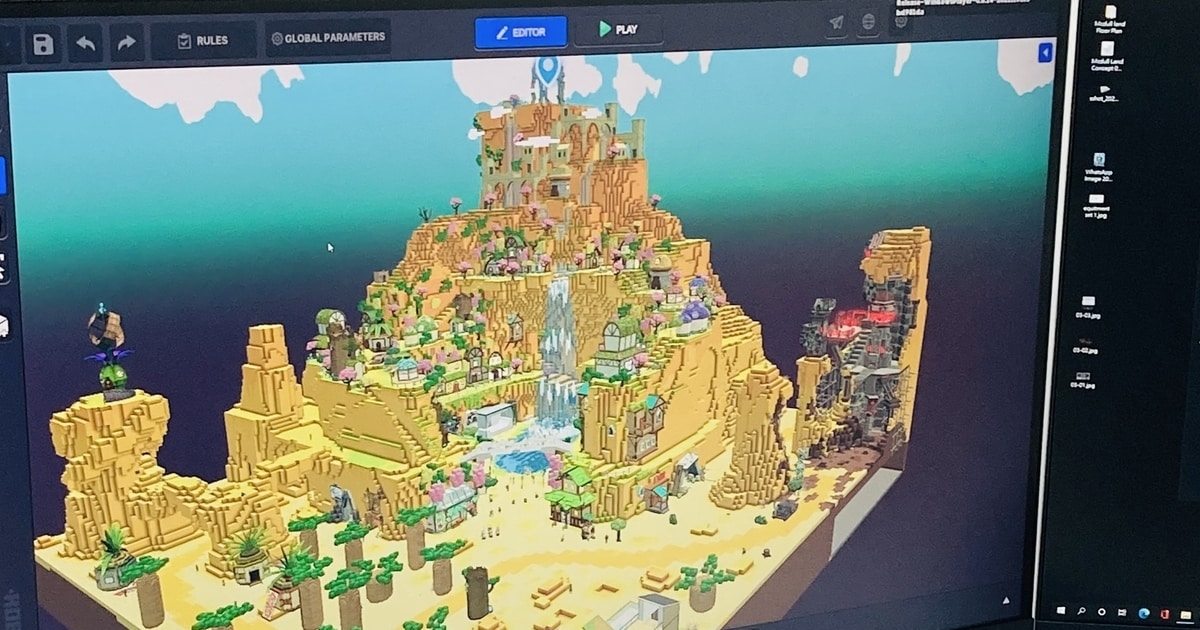 Operating through the Play-to-Earn (P2E) model, the platform has associated with the Sandbox, players can earn SAND tokens or win some exclusive NFTs after completing several missions in the game in exchange for upgrading their equipment and tradings.

In addition, the gaming platform also wishes to escalate its landscape in the Metaverse, bringing more interactive ways in different scenarios, such as “Play to learn”, to deliver educational messages to players by completing some mini-games in the space. “We are also cooperating with several environmental NGOs, so we will donate serval amount to NGOs we cooperate with when customers buy specific NFTs from them. These objectives would help us fulfil social responsibility obligations,” Chung added.

Regarding crypto adoptions, PANGU said currently it would only use tokens for necessary transactions or trading among campaigns during the execution stage, such as paying gas fees during the minting of NFTs. “The company might use tokens in the future as the incentive for staff, encouraging them to stay tuned in the crypto space,” Ng added.

Previously, the company participated in the event the Artaverse, to increase its exposure to the industry.

Promising Potential Value in the Metaverse

According to the latest research from McKinsey & Company, the study suggests the preliminary value of the Metaverse it creates in the space could grow up to $5 trillion by 2030.

E-commerce would be the largest driving force, which takes up to $2.6 trillion, followed by virtual learning ($270 billion), advertising ($206 billion) and gaming ($125 billion) sector.

Meanwhile, the blockchain-related application and scenarios on the Metaverse are still expanding.

Author of “Snow Crash”, Neal Stephenson, who created the term “the Metaverse” nearly 30 years ago, has recently announced a new project named LAMINA1, according to online media outlet Decrypt.

The project was described as a “free metaverse”, a blockchain-based network for building the open Metaverse. “We’re going to have all the facilities of a full layer one (blockchain) to help support and encourage the creators who want to build with us. That is my and Neal’s strategy—align everything around getting the best thing built and getting everybody all the tools they need to build what they want,” Vessenes explained.

The land issue in Hong Kong remains one of the most challenging issues in the city. With limited space and high demand, physical land has become one of the rarest resources for housing, real estate and other property developments.

Since the arrival of Metaverse and virtual lands in recent years, the bond and chemistry between these two topics have the caught attention of investors who wish to join the virtual space instead of trading physical land. More local entities or corporate firms in Hong Kong, as a result, foresee the potential benefit and investment opportunities in the Metaverse. However, these firms still need a builder’s help to construct the Metaverse infrastructure.

Apart from projects coordinated by PANGU, more local firms, such as Telcom operator PCCW and local railway operator MTR, also shared optimistic views by joining the Metaverse space, aiming at raising their awareness and exposure in the virtual space. Meanwhile, Yahoo and Meta, formerly named Facebook, have also announced to launch of a metaverse connection in the city in the hope that to reserve the old style and image of the city.