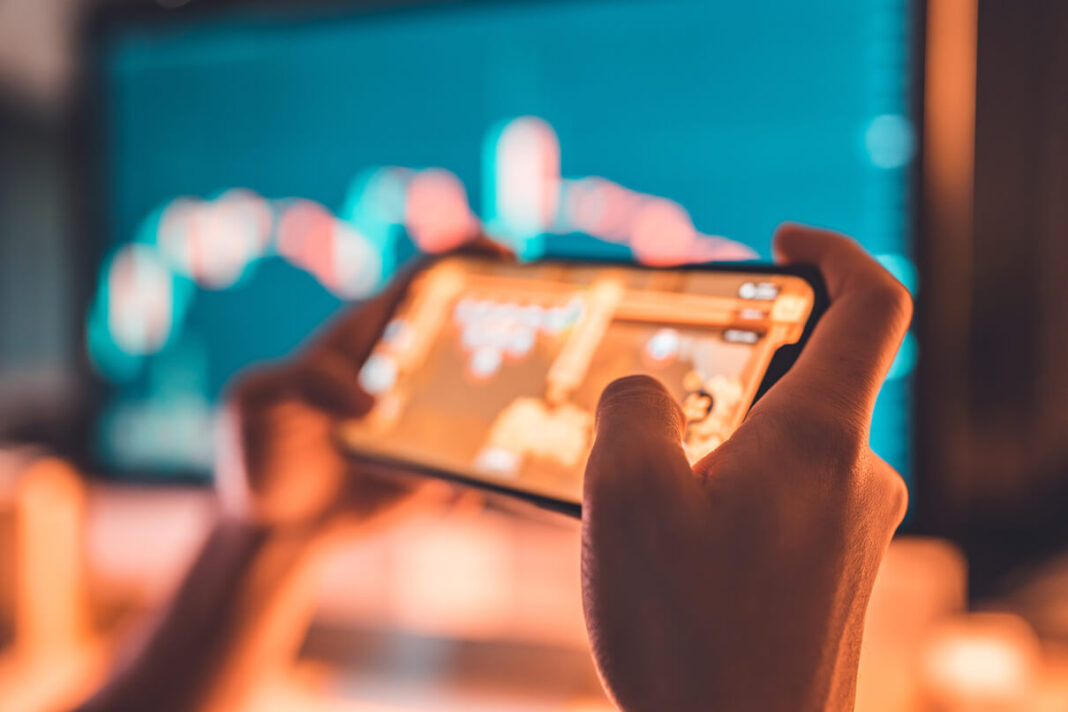 The play-to-earn (P2E) GameFi sector was one of crypto’s biggest success stories in 2021, with Axie Infinity alone accounting for USD 3.5bn in NFT sales last year. This is in addition to the increasingly high market capitalizations of a growing number of play-to-earn tokens, with CoinMarketCap currently putting the sub-sector’s total value at USD 12bn.

However, questions have been raised as to the long-term viability and sustainability of play-to-earn, not least because Axie Infinity’s DAU (daily active user) count has declined from 2.7m in November 2021 to 1.14m at the end of April. Given that some play-to-earn models rely on a constantly churning intake of new players, skeptics may assume the wheels are slowly coming off, yet industry analysts affirm that some of the biggest titles are evolving their structures accordingly.

They also affirm that, while some argue that ‘play-to-earn’ is an oxymoron, the entertainment aspect of the best games is enough to keep players coming back for more, even when market conditions are tough.

Where does the money come from?

At its most basic and abstract, play-to-earn is a simple enough concept to understand: you play a game and receive in-game items that can be sold for profit to other players or on trading platforms.

However, is play-to-earn really ‘profitable’ for its gamers, and where does the money/value that rewards players actually come from? Well, in many cases, it comes from newer players, suggesting that some games (at least) share an uncanny resemblance to pyramid schemes.

“Games like Axie Infinity typically tend to rely on their player base continuing to grow over time since existing players will generally look to sell their tokens when it becomes profitable to do so. There has to be someone to buy these tokens, and this is where the ‘new money’ comes from,” said Charnjit Bansi, Vice President (VP) of Game Design at Polygon Studios.

Other industry figures agree that, to varying extents, the economic models of most P2E games depend on the arrival of more new players, so that existing players can sell their items at a profit.

“The sustainability of these games relies on one of two things: either the gameplay loop is so enjoyable that players continue to play the game for a long period of time without cashing out their tokens. Or the game constantly has a new influx of players coming in to replace those who cash out,” said Michael Rubinelli, Chief Gaming Officer at WAX Studios.

Rubinelli goes on to explain that, if play-to-earn games want to become more sustainable in the future, then their developers really need to focus more on the gameplay element, making titles with real playability and longevity.

“Play-to-earn games have been criticized for the extent to which they rely on new players coming in, so true game sustainability must come from real player engagement and enjoyment. In other words, the game must be designed in such a way that users want to play it for the enjoyment of the game itself and not just for profit,” he told Cryptonews.com.

Using Axie Infinity as an example, the actual mechanics of play-to-earn involve a delicate balance of demand and supply. That is, players need to be enticed to continue playing by ensuring that the in-game items they receive (e.g. Axies, AXS, and SLP) are actually worth something, yet at the same time the price of these items can’t be too high, otherwise, it would deter new players from playing.

“Enough Axies are needed to be kept breeding to sustain a supply of Axies accessible to new players. Moderating the supply can be done with sinks, but it can seriously impede growth and cause prices to soar,” said Daniel Park, a data analyst at blockchain services firm and consultancy Covalent.

Park notes that Axie Infinity’s whitepaper includes an acknowledgment of the difficulties of balancing rewards and enticements:

“Too slow [an increase in Axie supply] and Axie prices are too high for everyday people to join; especially competitive Axies. Too fast and you get unhealthy inflation. AXS / SLP tokens face similar economic forces that need to be managed.”

At the heart of questions on the economics (and sustainability) of play-to-earn is the question of whether the concept is something of an oxymoron. That is, earnings are usually produced when an individual or entity produces something of real-world value, but what real-world value can playing a video game ever produce?

However, given the nature of the crypto sector and of the non-fungible tokens (NFTs) that make up an increasingly important part of it, analysts suggest that the answer to this question is more nuanced than some might think.

“While the ‘earn’ proposition of P2E games has drawn significant backlash, like with narratives disapproving the amount of time needed to make any earnings, I would implore people to consider the ‘play’ or gamification aspect as equally important,” said Park.

He points out that billions are spent on traditional and Web 2 online games with little return besides mental gratification. Likewise, the value proposition for Axie Infinity and other similar games is foremostly enjoyment, with earnings being a kind of welcome aftereffect that comes from the involvement of cryptoassets and NFTs.

“The accusation that P2E games are oxymorons or contradictions, I believe, only stands if you reduce and consider games like Axie Infinity purely as a DeFi product,” he added.

Other figures agree with this assessment of the meaning of ‘play-to-earn,’ although some prefer alternative terms, with Michael Rubinelli revealing that he and his colleagues at WAX tend to use ‘play-and-own.’

“Normally, when we switch off a game, everything we achieved, collected, and acquired in the game simply gets switched off with it. But what if you could continue to own the things you acquired in a gameworld and could then pass them on to other players to benefit from the value you created with your time?” he said.

This is more or less Charnjit Bansi’s account of how play-to-earn games create value, with the Polygon Studios VP citing verifiable — and transferable — digital ownership as the main source of the ‘earn’ part of the equation.

“Rather than players chasing a short-term cash win (which reduces the value of the game and its token when the player sells), game developers instead offer players tangible value by giving them the chance to own elements of their game world. In effect, this gives players a tactile slice of their favorite games, which would otherwise only be represented in their memories,” he said.

The future of play-to-earn

Bansi also predicts that transferable digital ownership within games will become more relevant in the years to come, as “we see a continuation of the trend where people spend more time in digital realities than ever before.”

There’s little doubt that ownership will continue to be a key part of the play-to-earn model, but the latter will also need to evolve if the biggest titles are to remain popular.

“Yes, case in point, Axie Infinity released a feature January this year enabling players to ‘release’ and burn Axies and in-game valuables, radically changing how supply would be controlled moving forward. Developers at Sky Mavis had previously resorted to artificially increasing the cost of AXS and SLP as well,” said Daniel Park.

Axie Infinity also shows that games will need to be updated and expanded regularly with new, interesting features if they’re to maintain player interest. Indeed, the game rolled out its Origin update shortly after the Ronin hack, with this update creating additional utility (and value) for Axies via new abilities, animations, and mini-games.

Of course, tinkering with the supply of in-game items and tokens isn’t the only thing play-to-earn titles will need to do in the future. They will also need to be compelling games in their own right, otherwise, they’ll feel too much like work.

As Michael Rubinelli said, “You build a fun game and players will stick around for more than [a return on investment]. The ownership piece is a result and not a goal.”

– Top 3 Play-to-Earn Games on Solana
– How to Play Metaverse Games: A Beginner’s Guide to Decentraland