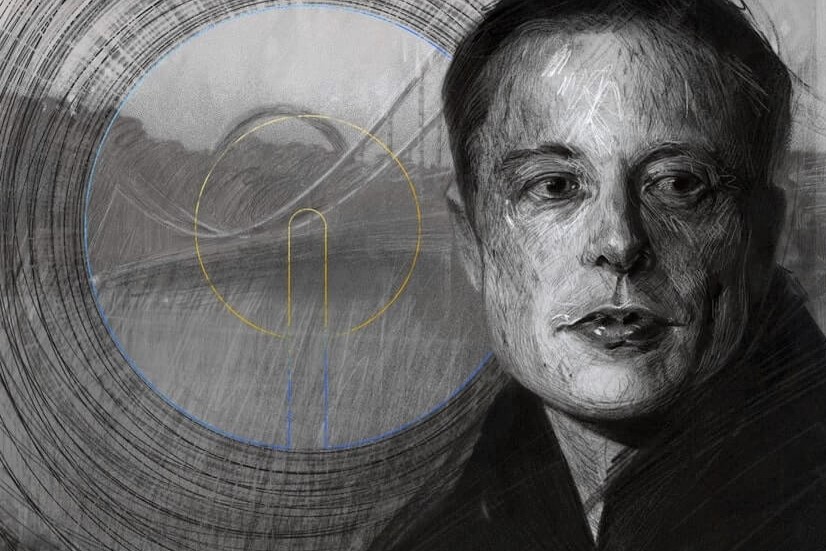 Ukraine’s government created a virtual gallery of NFT-based artworks that “aren’t for sale,” but are being preserved as “an expression of gratitude, similar to how paintings were presented to royal families and famous scientists in the past.” Tesla‘s chief and Twitter buyer Elon Musk is the first one to enter this virtual “Hall of Fame.”

Musk’s decision to provide SpaceX Starlink satellite internet to assist Ukraine during the Russian invasion is said to be a major boost to the country’s military.

This virtual hall of fame is hosted on the Meta History: Museum of War platform that is being operated by the Kuna crypto exchange, while the final beneficiary of all the funds raised at the platform is the Ministry of Digital Transformation of Ukraine.

The hall will commemorate individuals who were “picked based on how vocal they were in supporting Ukraine, and what real action they have taken,” according to their announcement.

“Some other inductees include: Mila Kunis, Elton John, Jared Leto, Jim Carrey, and Benedict Cumberbatch – their portraits are ready to be presented in the Hall of Fame,” they said, adding that “NFT-based artworks will stay on the blockchain forever,” and that “Ukraine’s supporters are quite literally writing history through their deeds.”

“These people provided goods and services, supported us behind closed doors, and used the power of their art to draw attention to the cause and collect donations,“ they said.

And they added that by way of a “little hint,” there would be room in the “hall” for new additions, as “actions like this can earn you a place in MetaHistory’s Hall of Fame.”

On Twitter, the NFT museum wrote that it was “grateful to celebrities who show the truth about the war in Ukraine, and that the hall would be decorated by artists who “will create NFT artworks dedicated to the public figures who support Ukraine.”

Ukraine’s government is urging the global crypto community and digital artists to “help Ukraine with” NFTs, asking donors to “not leave us alone with the enemy.” The Ministry of Digital Transformation, which has previously set up a platform for crypto donations to fund the nation’s war effort, is also accepting bids for the NFTs previously donated by the crypto community via its OpenSea account.

Per an official website, all of the NFTs the Aid for Ukraine campaign has amassed thus far – including a rare CryptoPunks item with a floor price of ETH 150 – are now on sale, with “100% of the proceeds” going to fund the government of Ukraine’s campaign against Russia.

The Ethereum (ETH) address associated with the campaign has NFTs worth some USD 264,000 in it at the time of writing, per Etherscan data.

Also, the NFT museum claimed that it had “released the first part of its collection of artworks” last month “to great success,” and had collected USD 800,000 from sales.

The second batch of NFTs, the body noted on Twitter, would be made available on May 1.
____
Learn more:
– Crypto Helps Ukraine Defend Itself Against Russia’s Invasion, Here’s How You Can Contribute
– Binance Bans These Kremlin-Linked Users as Russia Keeps Killing Ukrainians and Sanctions Mount

– Ukraine Doubles Down on Crypto-Friendly Regulation Efforts, Aims for Top Spot
– Exclusive: How the Ukrainian Crypto Fundraising Started, How It’s Going, and What’s Next