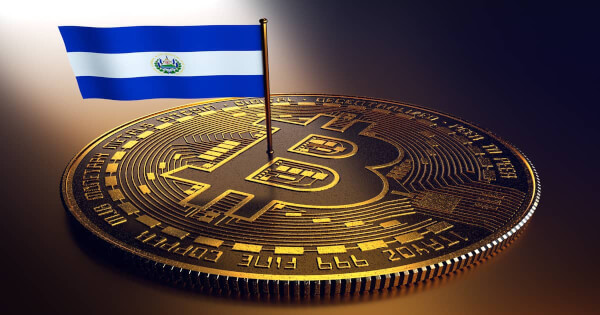 El Salvador is leaping the dividends of making Bitcoin (BTC) legal tender, given that the nation’s tourism industry has recorded a 30% surge since this milestone was attained in September 2021.

Morena Valdez, the Minister of Tourism, stipulated the sector was experiencing exponential growth because expectations had been exceeded, according to the local media outlet El Salvador in English.

“We did a poll to check the activity according to the before and after of Bitcoin. The tourism sector increased in November and December. This increased by more than 30%.”

With the United States contributing the lion’s share of tourists at 60%, the minister acknowledged that the target of 1.1 million visitors had been surpassed by 300,000.

President Nayib Bukele said the tourism industry, the second-largest sector in the country, boosted the economy in 2021 as income from this sector continues to soar.

“We had projected $800,000 in foreign exchange; but we obtained more than $1.4 million of income in foreign currency.”

This notable growth is linked to the adoption of Bitcoin as legal tender on El Salvador soil because it officially became a medium of payment alongside the U.S. dollar.

Since then, the Central American nation has made significant strides in the BTC space. For instance, earlier this year, it looked at the issuance of Bitcoin bonds through a raft of legislation.

The President revealed that he would be sending nearly 52 reforms to the country’s Congress to remove the red tape, reduce bureaucracy, create tax incentives, and aid citizenship in exchange for investments, new securities laws, stability contracts.