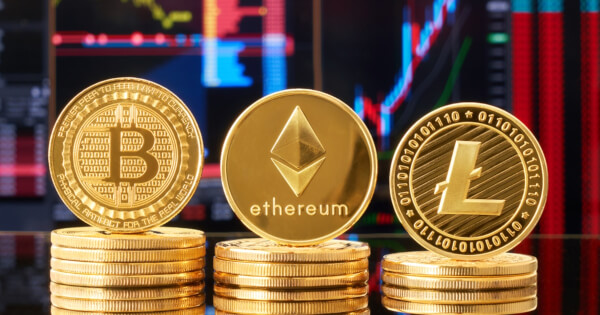 Musk’s tweet stated the broken heart emoji for the leading cryptocurrency and featured a couple going through a breakup.

However, Bitcoin remains on course for its best weekly gain as it attempts to make a recovery from May’s crash. Other altcoins seem to support Bitcoin to break the $40,000 resistance level.

Ethereum also followed suit and dropped from $2,800 levels to $2,750.00 at the time of writing. Over the past 24 hours, Ether gained 1.5%. Currently, most of the liquidity is concentrated, implying that traders are accumulating power within the range. The chances of Ether returning to the $3,000 level are pretty high. If bulls can keep the rate above $2,600, then the likelihood that Ethereum will retest the resistance level of $2,944 level remains high.

Since mid-this week, Dogecoin saw a significant uptrend, thus allowing bulls to regain some of the losses experienced during May’s massive crypto crash. Dogecoin was trading at $0.392343, a decline of 9.27% from the last 24-hour trading close. The meme coin extends its bullish leg above $0.3 and embraces the 50 SMA as immediate support.

Coinbase Pro’s move to add support for Dogecoin trading was a breath of fresh air to the popular meme cryptocurrency. Investors welcome the move and describe the consolidation as legitimate. Some investors also predict that Dogecoin could be accepted as a payment option on several platforms soon, thus triggering mainstream adoption.

Apart from that, Litecoin was trading at $183.42, a decline by 2.89% over the last 24 hours and appears to move downwards by -0.07 according to last hour transactions.